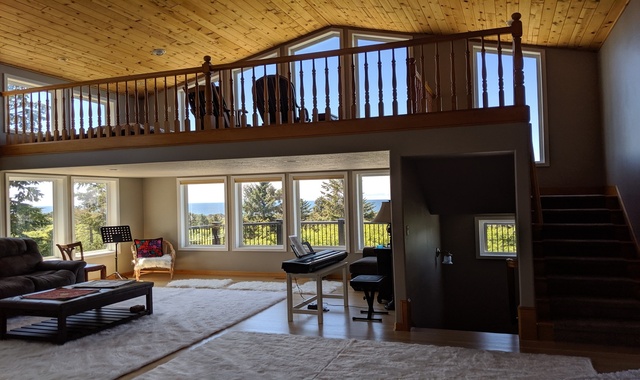 When Brenda Freshman, a professor of Health Care Administration at California State University in Long Beach, sold her Redondo Beach home in southern California, she had big plans for the funds generated from the sale.

However, the exponential returns on the many investments she made using that capital surpassed even her extremely optimistic expectations and helped fund multiple facets of her highly unconventional retirement plans.

The college professor had begun considering retirement in the abstract before making the sale. However, she waited to make her move until identifying several investment opportunities. "I had discovered an Oregon property on a road called Pacific Overlook because of its incredible views and had gotten that house in escrow," Freshman said. "That property is now my vacation home and where I go to write. It's my personal retreat. I acquired two additional Oregon properties at the same time: a vacation home I'm currently renovating and another rental in a Portland suburb. I also funded a business startup called Orbis Unum, LLC. It has been a wild ride."

Freshman's retirement planning process is somewhat unconventional, since she is adamant that she will "never really retire." However, her approach is becoming increasingly relevant to today's middle aged and "junior" baby boomers, who are nearing retirement age and not particularly interested in what has historically been considered conventional retirement. Instead, they have plans for decades of active lifestyle and often consider late-in-life career changes.

Those career changes may require "start up funding," as with Freshman, or additional education later in life. Either way, this shift renders retirement planning increasingly unconventional. Huntington Lambert, dean of Harvard University's Harvard Extension School, which offers a variety of "Encore Learning" options for students ages 55 to 95 as part of its "60-Year Curriculum," explained that in today's professional environment, most people do not plan or want to have only one career or even one professional specialty. "Recent college graduates will likely live to be 100 [and] will need to work 60 or 80 years," he said. "Most of that work is knowledge work that requires new skills and new knowledge."

All the evidence today indicates those new skills and new knowledge will fuel future business endeavors as well as passion projects. In fact, in a recent Merrill Lynch study, respondents indicated that fewer than a third of today's retirees are interested only in generating enough money to pay their bills. Three in five said retirement is now "a chance to pursue a different type of work where they can follow their passions, enjoy a flexible schedule, avoid stress, and experience new things." Like Freshman, who is presently a small-business owner, a real estate investor, and a tenured professor at a state university, working retirees are three times more likely than "pre-retirees" to own their own businesses or be self-employed.

Freshman is gleeful about the entire experience with her new rental properties and start-ups. She actually sounds excited and thrilled as she describes discovering the sub-flooring in one of the homes was rotted, that she needed to install a drain field on one of her vacant lots, and the experience of opening up an entire wall on one side of a house to put in new windows. She also has exciting plans for the technology in these properties, clearly demonstrating how passion and the inclination to own a business or change careers are playing a role in today's modern version of retirement planning.

One of Freshman's start-ups deals with using virtual reality applications to enhance well-being and reduce isolation, particularly in the senior population. A lot of this technology could apply to vacation rentals like her Oregon properties as well, she explained. "I want to install so much tech in these properties, like frames that will show videos on how to use the kitchen appliances and eventually some AI as well," she said. "It's just a matter of building up over time."

If Freshman sounds idealistic, she is. However, she is anything but impractical about her retirement planning. "I have some really big plans for what I'm going to do next, but I also knew from the beginning I had to use part of the funds from that home sale to generate some income to support those plans," she said. Ultimately, she opted to pour a great deal of her personal time into developing the startups and a substantial portion of her capital into getting her rentals market-ready.

At the present time, she holds a personal home in Oregon (the Pacific Overlook house) and two rentals nearby. One of those is a property in a suburb of Portland that she knew would be easy to rent, thanks to community initiatives to keep the entire city environmentally friendly, an extensive network of local hiking trails, and steady, reliable employers like Nike in the immediate area.

For Freshman, the start-up capital for her big retirement dreams came, in large part, from the sale of her previous residence. For many self-directed investors, this capital may come from a converted captive IRA or 401(k) that is now self-directed. The lesson from Freshman's experience is clear: "I love it, and I'm excited for the future," she said. "There is so much upside potential." 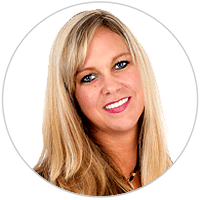